In 2020, NextEnergy Foundation partnered with Istituto Oikos to replace diesel water pumps with solar-powered water pumps (“SPWPs”) in two rural villages, Ndedo and Irkiushioibor, in the Region of Manyara, Tanzania. In the Ndedo Village, almost 3,300 inhabitants are benefiting from the clean water. In the village of Irkiushioibor, there are over 5,900 beneficiaries. Please visit the project page for more details about the intervention.

The project was part of a wider three-year initiative called KISIMA, which sought to strengthen the WASH services in the Districts of Kiteto and Simanjiro, Manyara, Tanzania. It completed in January 2022 and Oikos recently submitted the first of three annual reports tracking the long-term impacts of the two SPWPs. Photographs of the systems in operation throughout the year are below.

Between January and December 2022, Oikos field staff visited the two villages on a regular basis to assist in the creation of the Community Based Water Supply Organisations (“CBWSOs”). This was conducted in close collaboration with the Tanzanian Government’s Rural Water Supply and Sanitation Agency (“RUWASA”). The CBWSOs have been established to operate and manage the SPWPs over the long-term. Oikos also gathered data and compared it with data gathered pre-intervention to determine that the socio-economic impacts of the project are materialising across four dimensions:

In addition, Oikos recently signed an agreement with RUWASA and Carbon Sink Group, an Italian carbon project developer, to accredit the two SPWPs with the Gold Standard and issue carbon credits which will be sold on the voluntary carbon market. The credits are generated by calculating the emissions avoided by each family accessing solar-pumped water instead of using diesel to generate potable water. Carbon Sink will sell the credits and the profits will be reinvested across the CBWSOs – under RUWASA’s supervision – to operate and monitor the SPWPs and to extend water access to neighbouring areas. The long-term aim is to extend this collaboration between RUWASA and Carbon Sink to all SPWPs developed by Oikos in Tanzania, including the three additional pumps financed by NextEnergy Foundation in 2022. 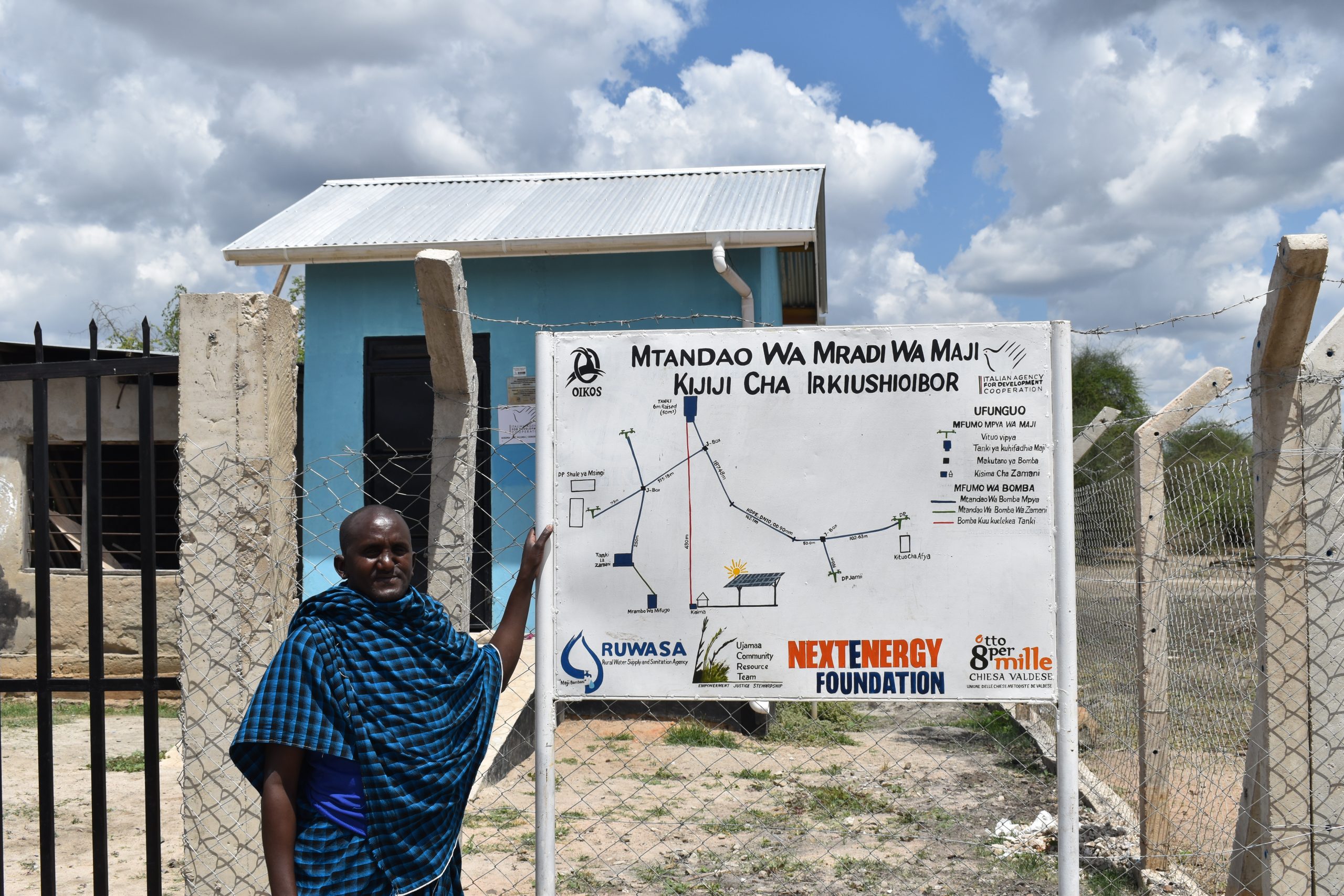 This website uses cookies to improve your experience. We'll assume you're ok with this, but you can opt-out if you wish.
Cookie SettingsAccept All
Manage consent

This website uses cookies to improve your experience while you navigate through the website. Out of these, the cookies that are categorized as necessary are stored on your browser as they are essential for the working of basic functionalities of the website. We also use third-party cookies that help us analyze and understand how you use this website. These cookies will be stored in your browser only with your consent. You also have the option to opt-out of these cookies. But opting out of some of these cookies may affect your browsing experience.
Necessary Always Enabled
Necessary cookies are absolutely essential for the website to function properly. These cookies ensure basic functionalities and security features of the website, anonymously.
Non-Necessary
Any cookies that may not be particularly necessary for the website to function and is used specifically to collect user personal data via analytics, ads, other embedded contents are termed as non-necessary cookies. It is mandatory to procure user consent prior to running these cookies on your website.
SAVE & ACCEPT